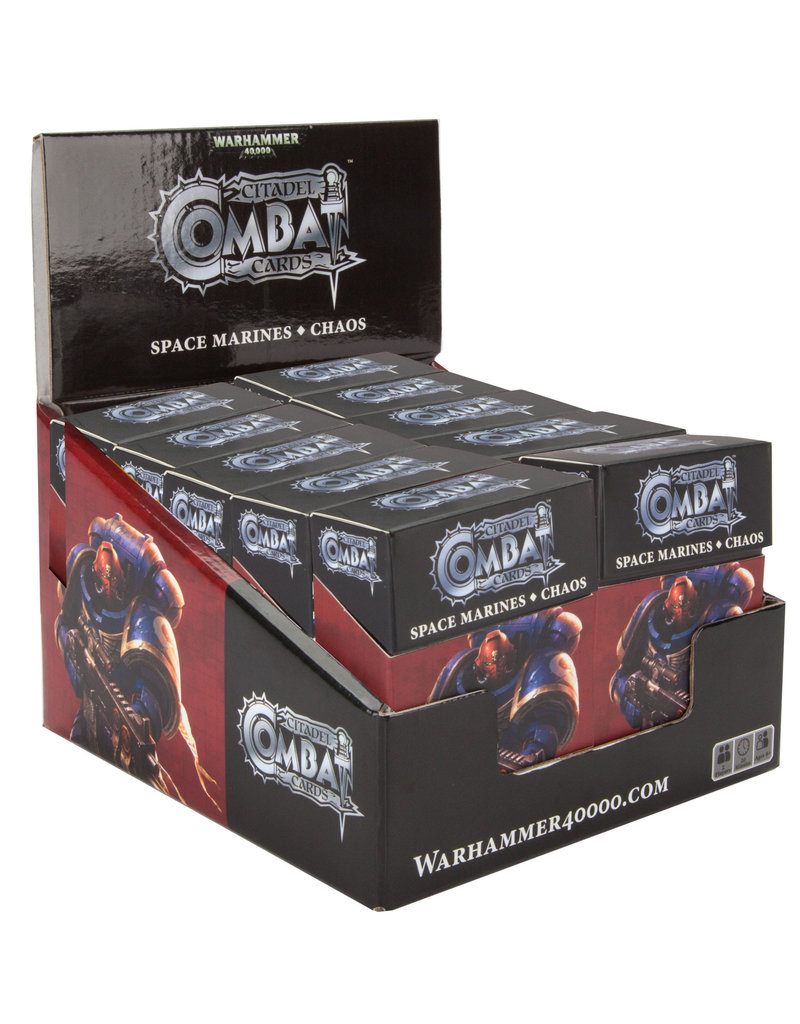 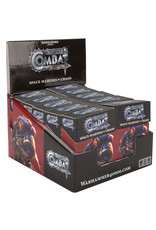 Citadel Combat Cards is a fast-paced game for 2 players, in which you pit your fighters – each of which is represented by a card – against your opponent’s fighters. Whoever wins the most battles wins the game! Each game lasts for 6 rounds, during each of which attacks are made – ranged, melee and psychic.

Included are 60 cards, split into 2 decks – 30 for the Space Marines, and 30 for the sinister forces of Chaos – each of which fulfils a battlefield role (HQ, Troops, Elites, Fast Attack and Heavy Support). Setting up your cards and deploying the right card at the right time is the key to victory – special bonuses are applied when the right cards are supporting each other!

Each card features an image of a Citadel miniature, along with its name. 2 reference cards make it easy to determine special bonuses and victors for each battle.