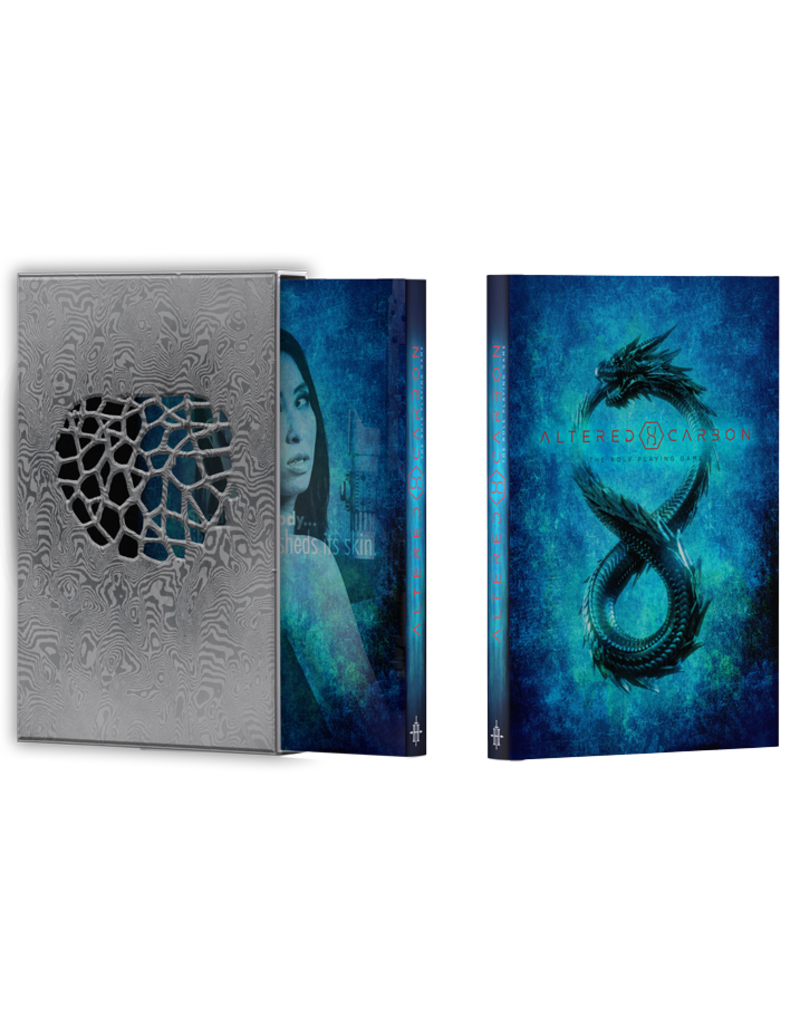 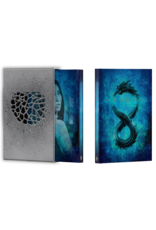 This limited edition Deluxe version of the Official Altered Carbon Roleplaying Game includes the same interior content as the core book, but with new dramatic cover art and an intricately designed die-cut slipcase.