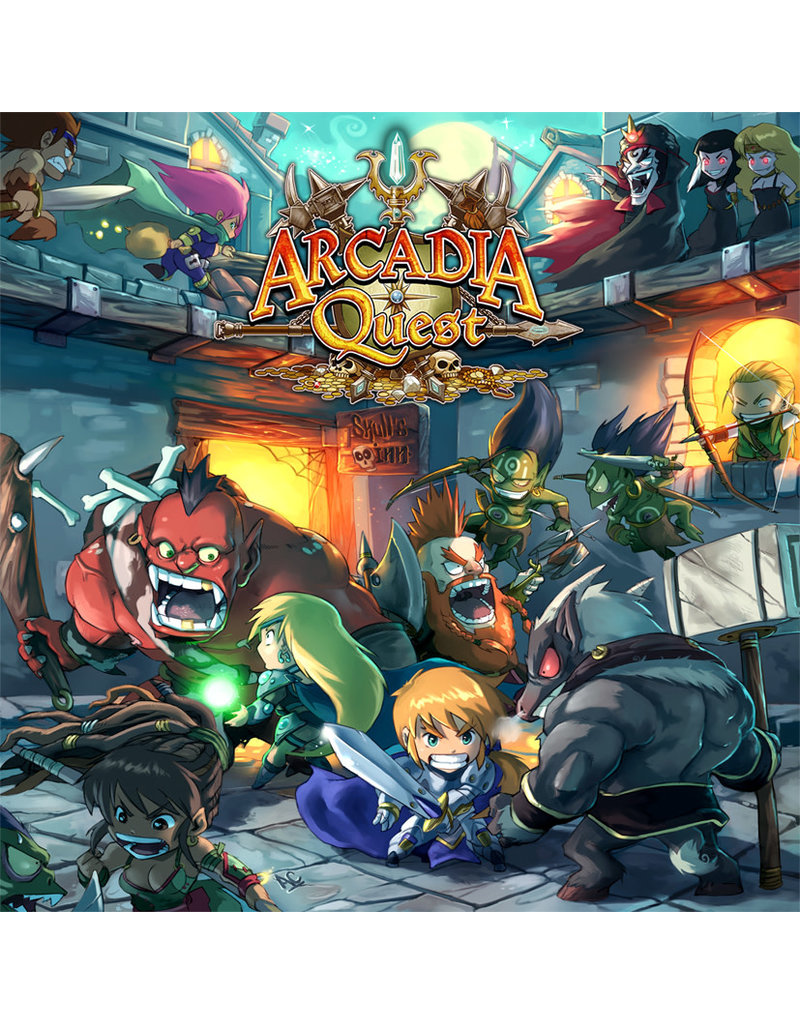 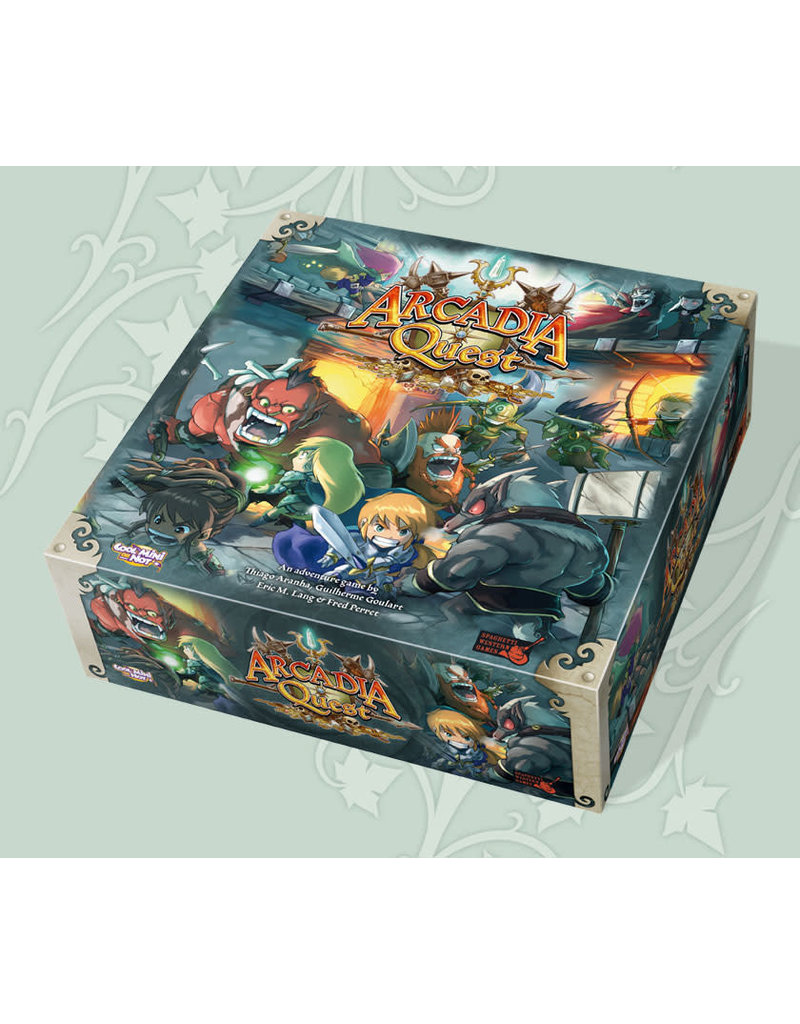 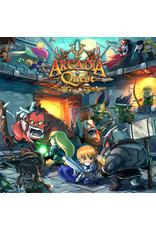 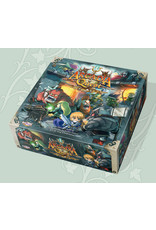 Arcadia Quest is a campaign-based game for 2 to 4 players, where each player controls a guild of three unique heroes, facing off against the other players and the various monsters controlled by the game. Players need to accomplish a series of quests in order to win each scenario and choose where to go next in the campaign. Players are able to choose the path their campaign takes, navigating through six out of eleven available scenarios, so each time the campaign is played it can have a different configuration of scenarios.