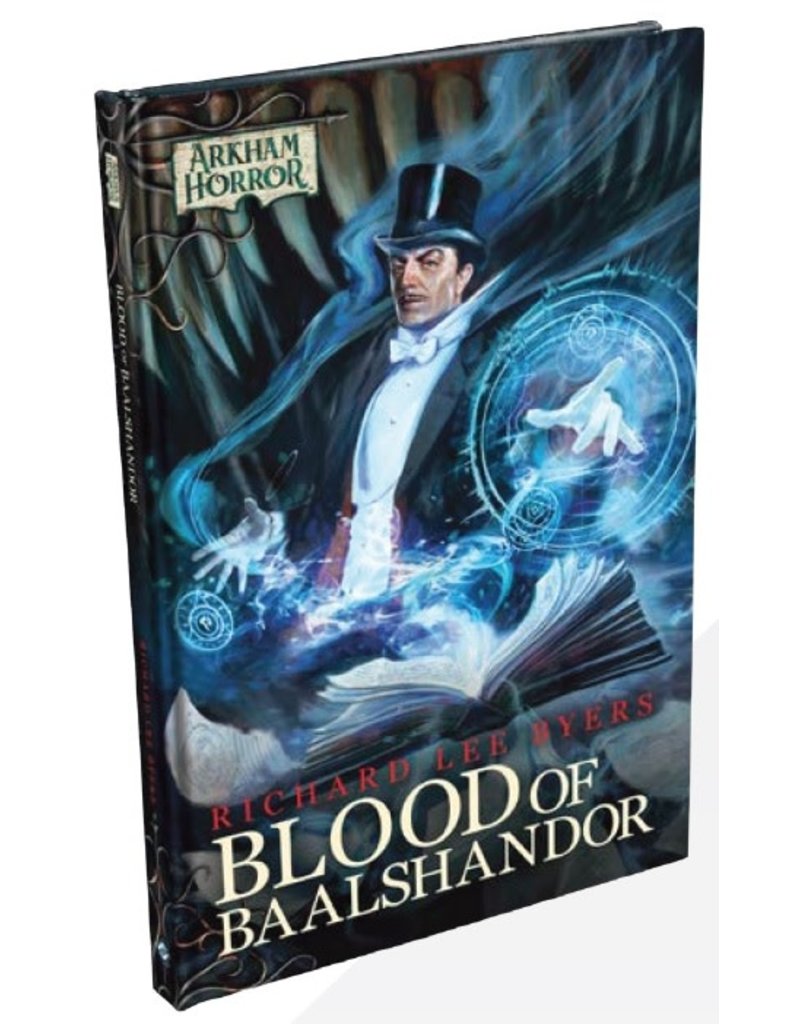 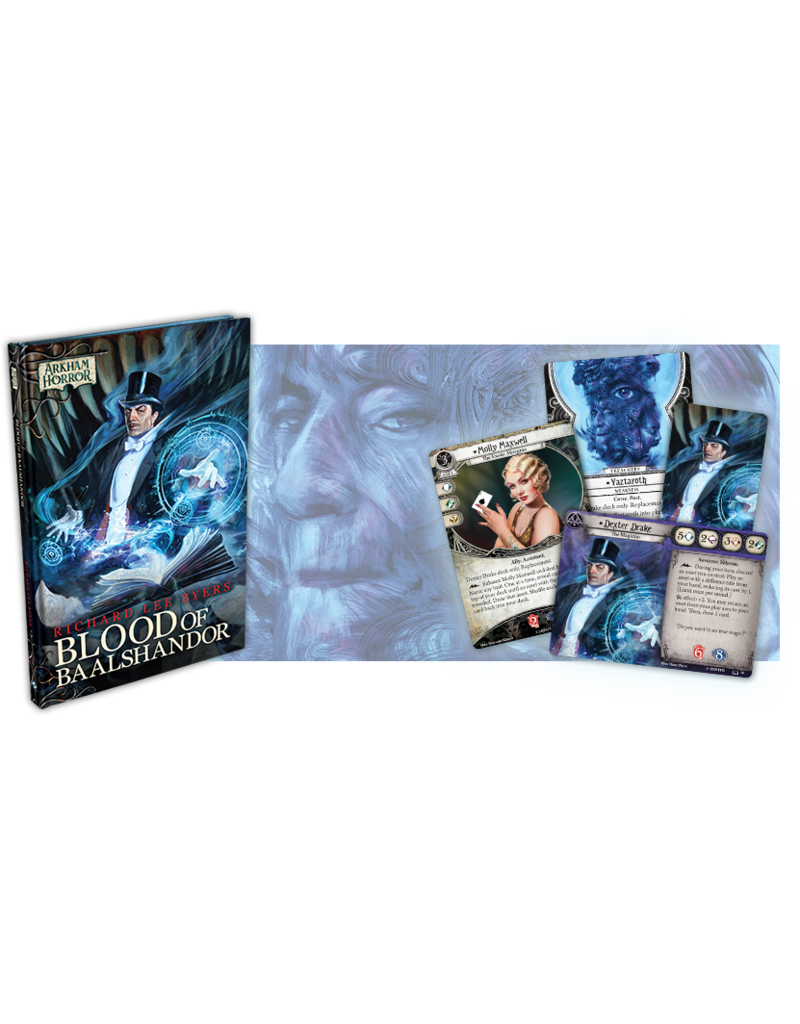 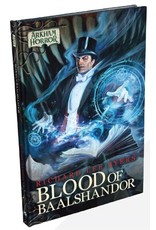 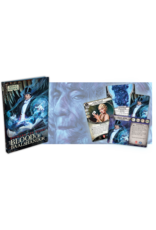 Do you want to see true magic?

For Dexter Drake, the magic of fairy tales and myth had been a lifelong fascination, but it wasn’t until the chance discovery of an old book page during the Great War that Drake opened his eyes to the possibility that magic might truly exist.

Years later, the promise of arcane tomes locked away in Miskatonic University’s special collection drew the stage magician to the sleepy town of Arkham, where the weird and the unusual are hidden beneath a thin layer of normalcy. Lured to an auction of occult items, “Drake the Great” and his assistant Molly Maxwell now find themselves targeted by the depraved servants of an otherworldly force of disease and corruption. It will take more than a little misdirection to get the performer out of this scrape. 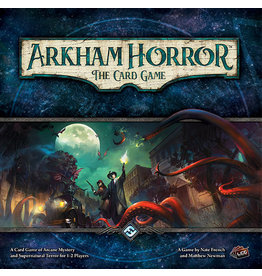 Something evil stirs in Arkham, and only you can stop it. Blurring the traditional lines between roleplaying and card game experiences, Arkham Horror: The Card Game is a Living Card Game of Lovecraftian mystery, monsters, and madness!
MORE INFORMATION
Arkham Horror LCG Core
$45.00 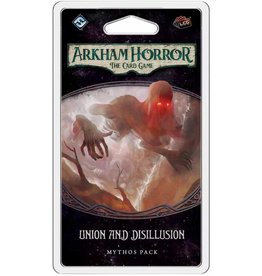 After your brush with the silver Twilight lodge in for the greater good, you journey to the banks of the Miskatonic River in search of the four souls who went missing from one of the lodge’s events.
Out of Stock
AH LCG Union and Disillusion Mythos Pack
$15.00 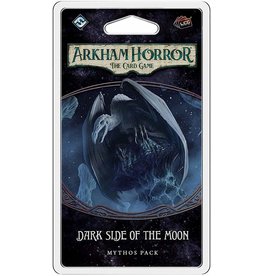 After the man who may hold the key to escaping the Dreamlands is taken by dangerous Corsairs, you follow to a dead world where danger is waiting around every corner. But will you be able to recue your charge and escape without raising the alarm?
Out of Stock
AH LCG Dark Side of the Moon Mythos Pack
$15.00 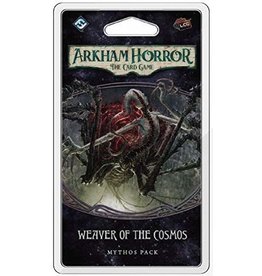 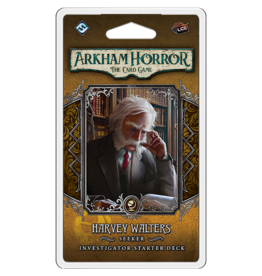 Across the five cycles of Arkham Horror: The Card Game, you’ve encountered new investigators in each new deluxe expansion, giving you more and more options for building your decks and exploring the mythos. Now, you have the chance to invite a new faces to
Out of Stock
Harvey Walters Investigator Starter Deck
$15.00 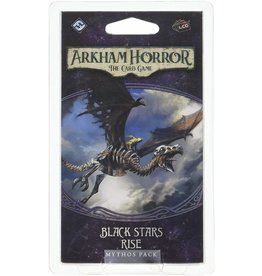 Your investigations have led you to the island commune of Mont Saint-Michel, as brooding, dark clouds cover the sky. A Storm is coming it's unclear if our world will survive.
Out of Stock
AH LCG: Black Stars Rise Mythos Pack
$15.00 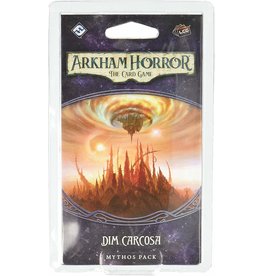 Your investigation into the mysterious play the King in yellow has LED you across the globe and brought you to the edge of madness.
Out of Stock
AH LCG: Dim Carcosa Mythos Pack
$15.00 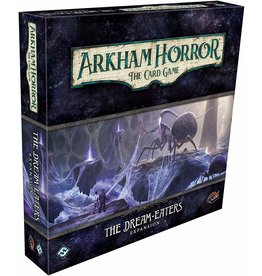 The Dream-Eaters players take on the roles of either a group of investigators venturing into the Dreamlands or their companions who have been left in the waking world.
Out of Stock
AH LCG: The Dream-Eaters Expansion
$30.00 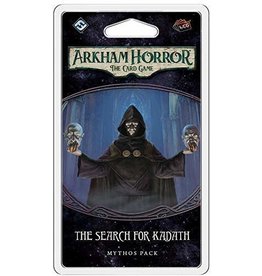 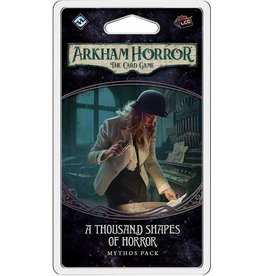