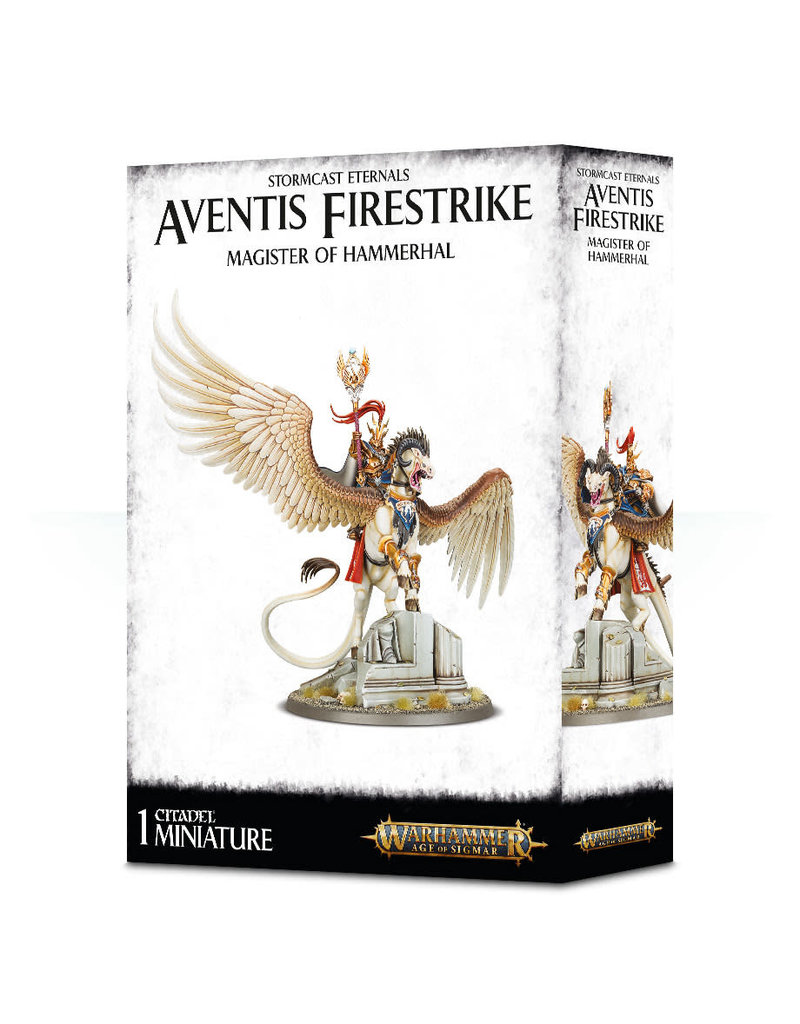 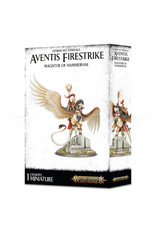 This multi-part plastic kit contains the components necessary to assemble Aventis Firestrike, a Lord-Arcanum on Tauralon. Armed with the Staff of Hammerhal, he rides a specific Tauralon known as Loithar – this great beast has an impressively wide wingspan, with a dense skull and thick curled horns. This mount doesn’t require a huge amount of armor, with but a few pieces of metal around its legs and a chestplate featuring scrollwork and a sigmarite comet. Aventis himself wears the Thunderhead Crown, an ornate helm featuring lightning bolt-shaped spikes, and carries spirit flasks as part of his sigmarite armor – this is covered in detailed iconography, as is the sword and scabbard at his waist. Loithar is modeled with one hoof standing atop the ruins that form part of the base. The kit also contains the components needed to assemble an extra Lord-Arcanum on foot – armed with an aetherstave and spirit flasks, he stands atop a base of sigmarite ruins, and can be modeled casting a lightning orb.

This kit can optionally be used to assemble an unnamed Lord-Arcanum on Tauralon instead of Aventis Firestrike – this has its own head, shoulder and leg options for the Tauralon.