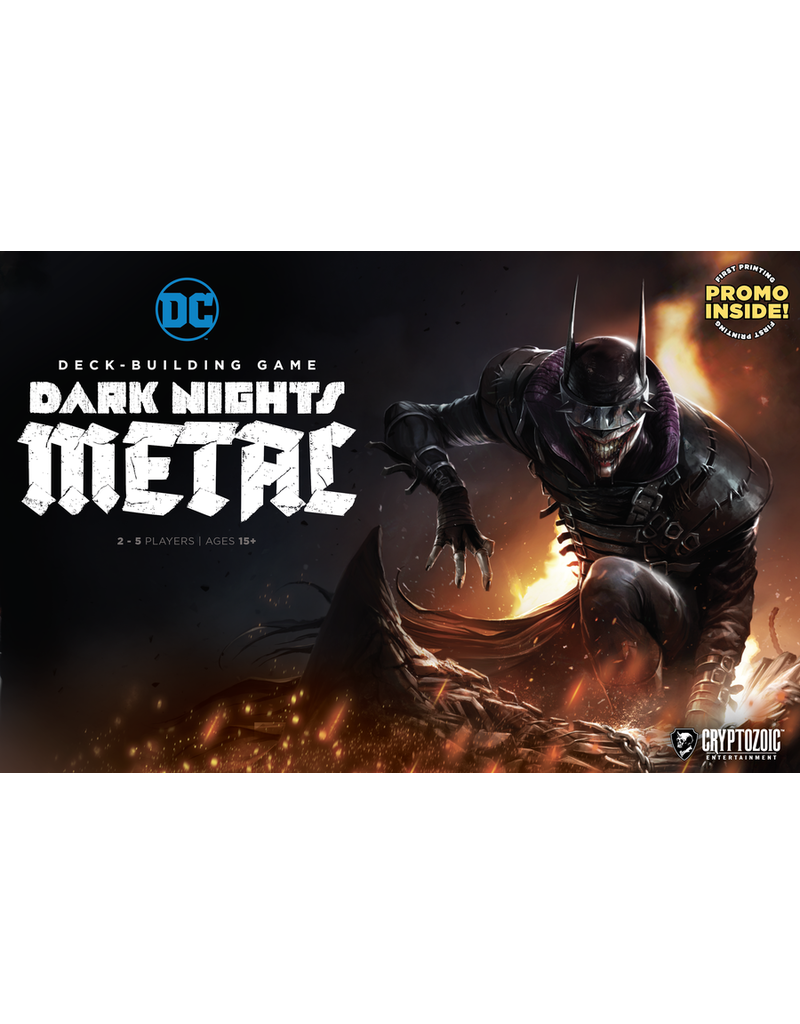 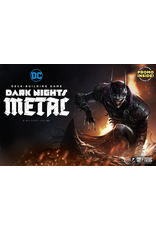 DC Comics Deck-Building Game: Dark Nights: Metal, which is based on the Dark Nights: Metal comic book series, lets 2-5 players take on The Batman Who Laughs and other evil versions of the Caped Crusader from the Dark Multiverse. Players must rescue and recruit fellow members of the Justice League, take advantage of instant rewards for defeating Super-Villains, and utilize foil cards with the new sub-type "Metal" as they race to save the Multiverse.