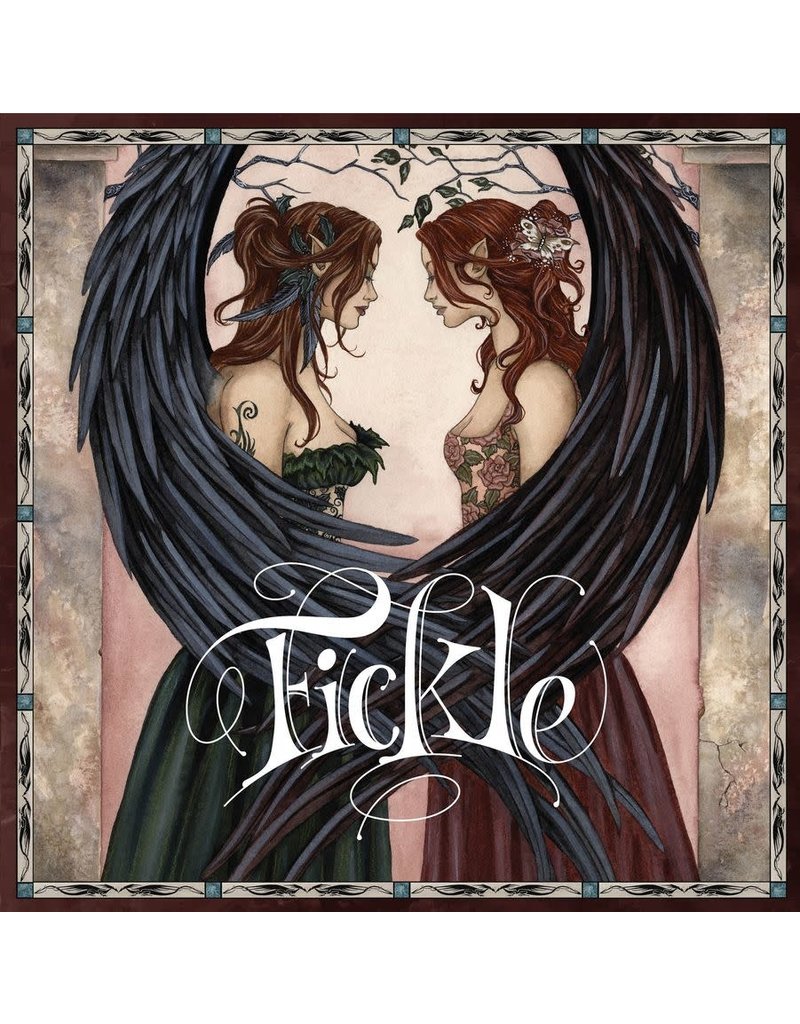 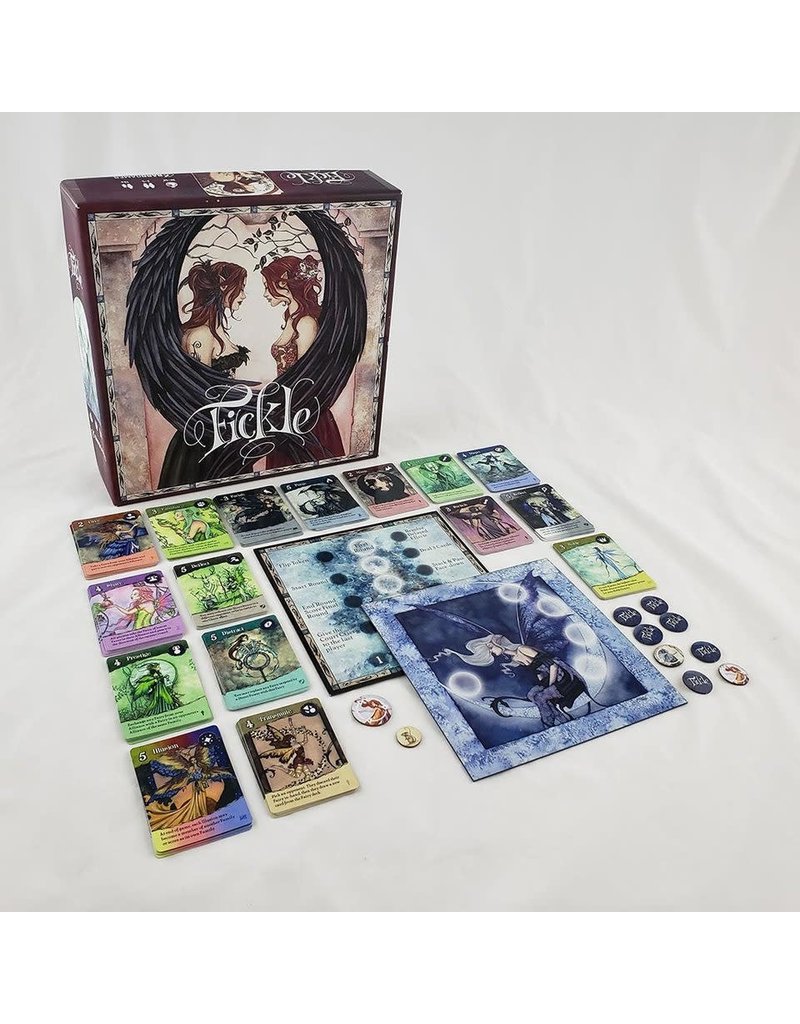 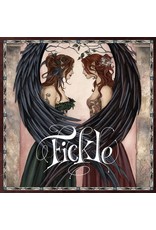 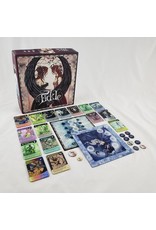 Your goal in Fickle, an inverse set collection card game, is to build the strongest fairy alliance over five rounds and win the Queen's crown. You do this by keeping fairies in your alliance that gain you favor points. Each card represents a single fairy from one of the five families. Each family has a unique power that enables you to improve your alliance and thwart opponents. Each round, you choose a single fairy, playing it into your alliance tableau, then resolve the family power. Easy, except that with all those powers, fairies don't seem to stay in one alliance for long. They tend to be...fickle.

In more detail, to set up before the game, players decide which five fairy suits to use in the game from the 15+ suits included in the box. In each round, you are dealt three cards; you look at them, decide on the order in which to stack them, then pass that stack to another player. You'll receive a stack in turn, which is in effect a "press your luck" deck created by an opponent. You look at the top card, then decide whether to keep it or discard it and draw the next card, which you can also discard in favor of the third card. Once the "press your luck" draw is complete, each player has one fairy card in hand, which they play into their alliance, then resolve in order starting with whoever played the card with the highest favor.

After the fifth round, players score each fairy suit in their alliances, and because fairies want equal influence in an alliance, scores are based on an inverse scoring curve:

The player with the highest favor score wins.