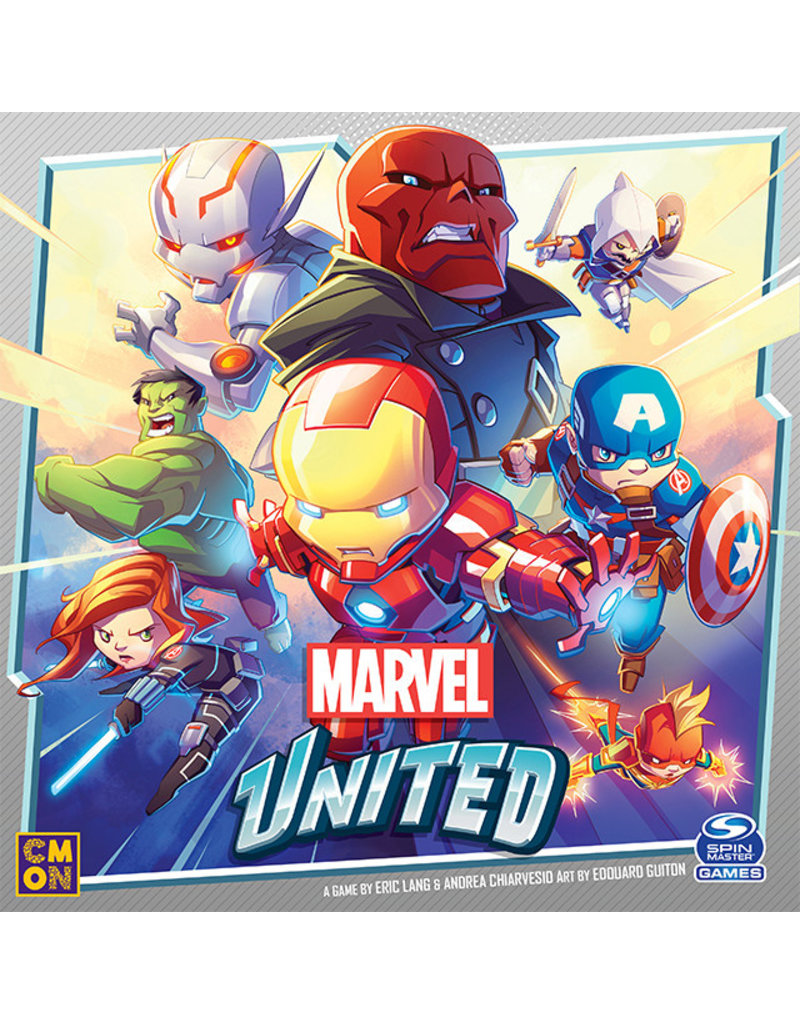 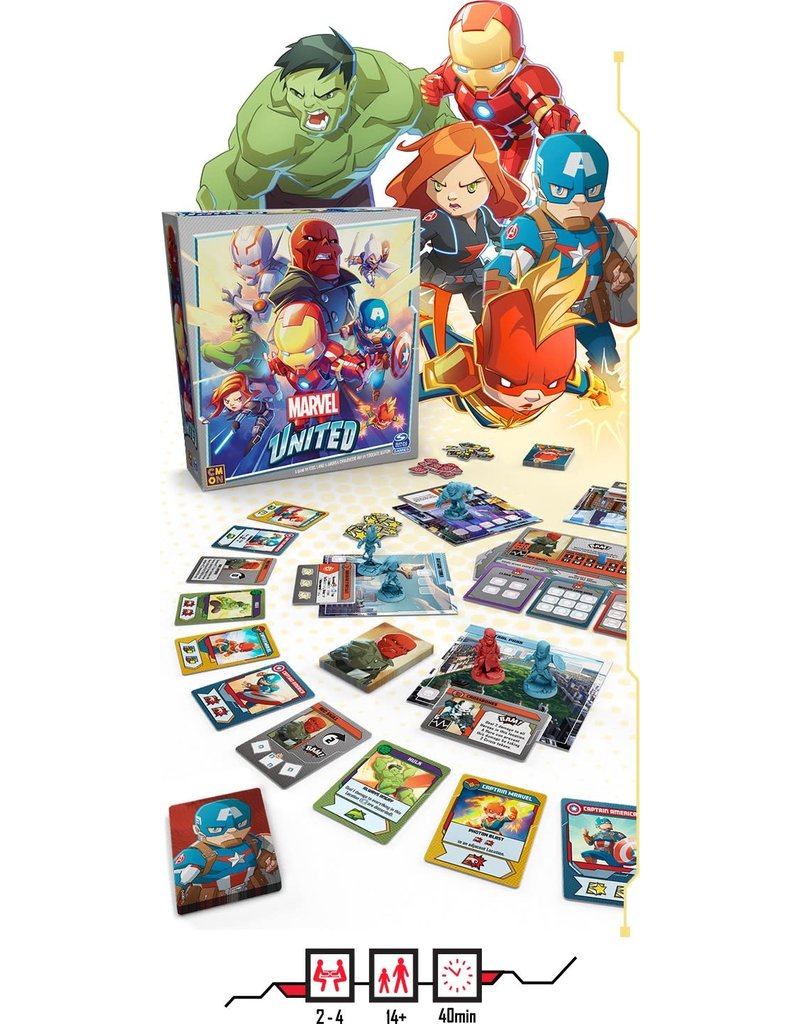 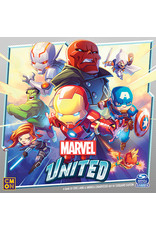 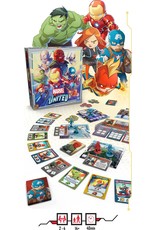 In Marvel United, you and your friends take on the roles of Earth’s Mightiest Heroes. Your goal? Work together to defeat the most dangerous Super Villains in the Universe, protect the innocent, and save the world. Every time you play, you’ll create a unique story set in the Marvel Universe.

First, each player will choose a Hero. Will you be the irrepressible Iron Man? The cosmic Captain Marvel? Each Hero has their own unique deck of cards packed with special abilities and different action combinations.

Next, players randomly choose six Locations to create their play space. Each Location, such as Central Park, Avengers Tower, and the S.H.I.E.L.D. Helicarrier, brings totally different features to the game.

Then players select the Villain they’ll be squaring off against. Perhaps it will be Ultron with his army of drones, or the fanatical Red Skull, or even worse. Each Villain arrives to the fight with their own Masterplan Deck, chock full of attacks and clever schemes, and sporting unique Threats the Heroes must overcome in order to free the different Locations.

The Villain goes first, and players draw the top card of the Villain’s Masterplan Deck, setting off the epic, Earth-shaking battle. The Masterplan Card might move the Villain to another Location, place threatening Thugs or Civilians in need of saving, attack the Heroes directly, trigger Henchmen lying in wait, or any number of other devious actions. This card creates the start of the storyline that will be built around the play area throughout the course of the game. Every card played is added to the storyline which will either culminate in the Heroes’ victory… or defeat. If the Villain completes the Masterplan, it’s game over.

Once the Villain’s turn is done, it’s time for the Heroes to start fighting back. Each Hero’s unique deck contains cards that allow them to perform different actions, like rescuing Civilians, dealing damage to the evildoers, or using their own special superpowers. Players are able to choose from their hand and perform their actions in any order they wish. Play your actions strategically, however, because the Heroes also get to perform any actions listed at the bottom of the previously played Hero card. This means each player will act in part based on what the previous player did and what the next player needs to accomplish, so it’s important to think not only about your own move, but also how it affects your fellow Heroes. Working as a real team is the key to victory.

Play your cards right, and your team will unravel the Villain’s Masterplan piece by piece. At the beginning of the game the Heroes can’t attack the Villain directly. Only by defeating Thugs, rescuing Civilians, and clearing the Threats afflicting the different Locations, will Heroes be able to complete Missions, which will eventually allow them to face off against the Villain. In order to win, the Heroes must deal enough damage to the Villain, thus defeating them for good before the Masterplan is complete.

Only by working together and cleverly utilizing your combined Hero Cards will you be victorious. Use your superpowers, build your own storyline, and keep the Villain’s schemes in check. Nothing is impossible if you stand united!