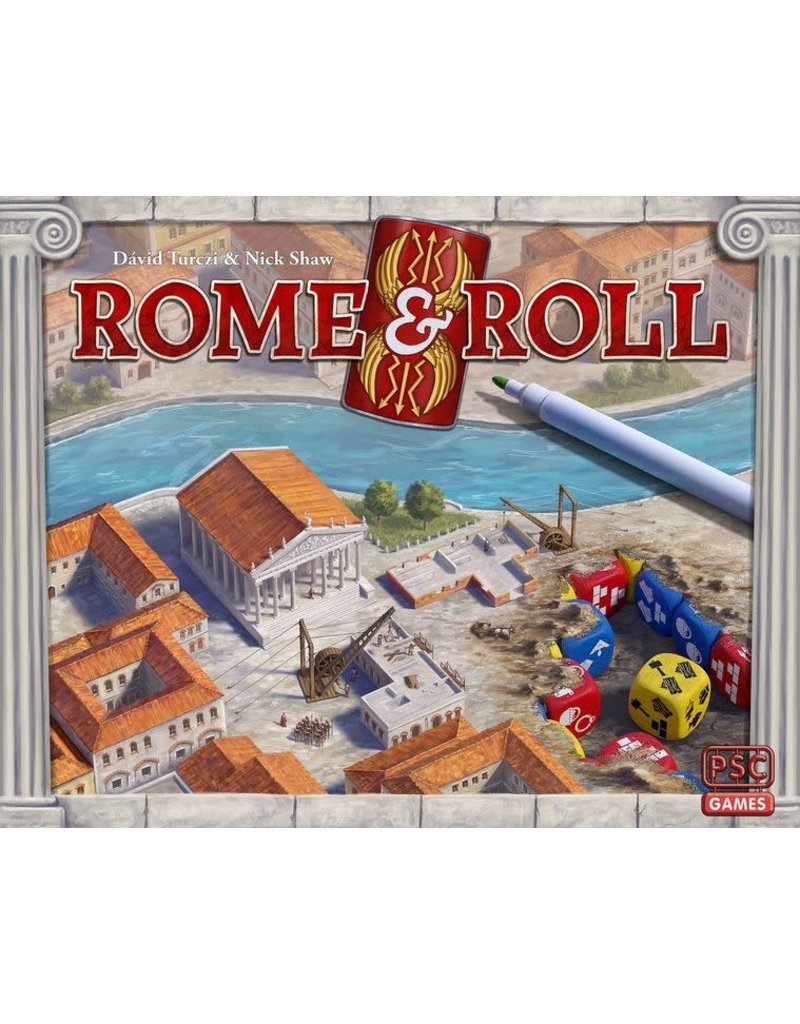 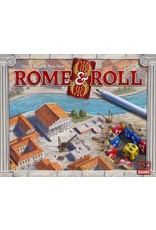 Roll, draw, and conquer! Build Rome and raise legions in this strategic roll and write from designers Dávid Turczi and Nick Shaw.

Rome & Roll is a heavy roll-and-write board game by Dávid Turczi and Nick Shaw in which 1-4 players compete to craft an empire. Draft from a pool of custom dice to collect resources, construct the town, and organize armies. Political alliances, the colonies, and even the Gods all have a part to play. Imperii Gloria!