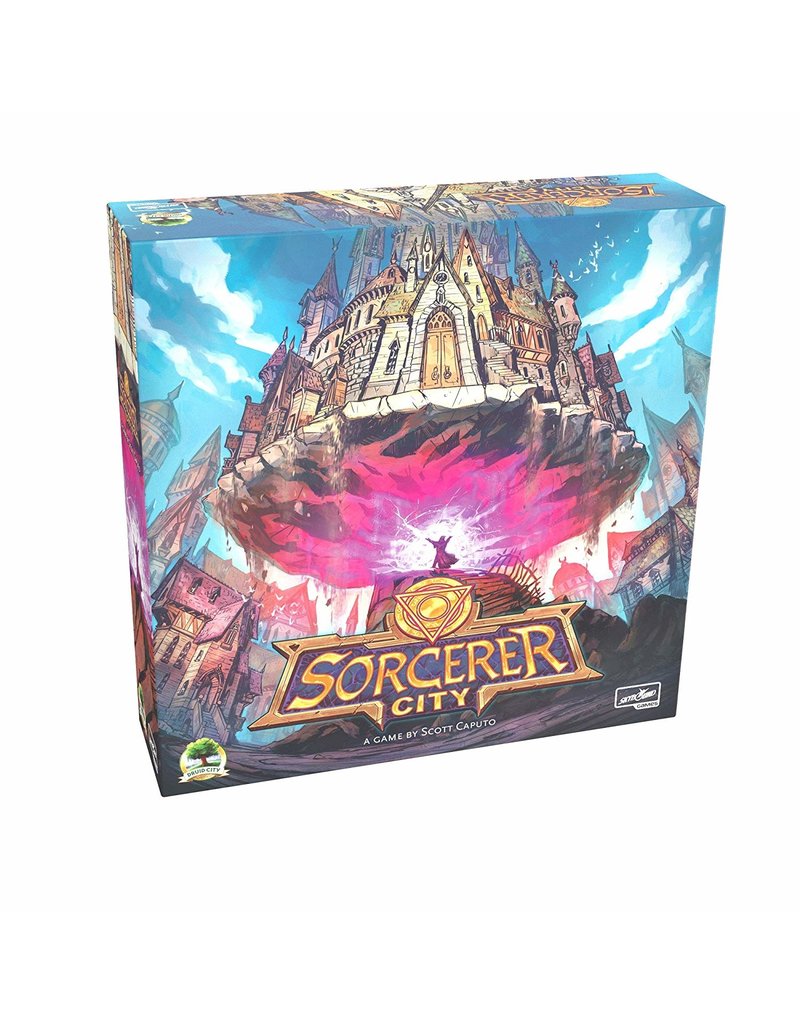 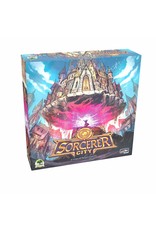 Every year, Sorcerer City gets built and rebuilt in magically new ways, with blocks moving and rotating in crazy directions. You and your fellow players are rival wizard architects in charge of building the same city district over five years, expanding it and rebuilding it to gain the most money, influence, magic, and victory. Unfortunately, Sorcerer City has a bit of a monster problem, so you must work hard to mitigate the effects of marauding creatures who attack your city district. The wizard architect with the most victory points at the end of five years will be crowned the new head wizard of all of Sorcerer City.

Every player starts Sorcerer City with a set of tiles, and in each round you have two minutes to build your city as optimally as you can. In between rounds you buy new tiles to add to your pool and gain other rewards. Beware though, monsters are lurking and will also be added to your deck, no doubt adding some chaos to your plans in the following rounds. After five rounds, add up all the victory points to see who is the master sorcerer builder!