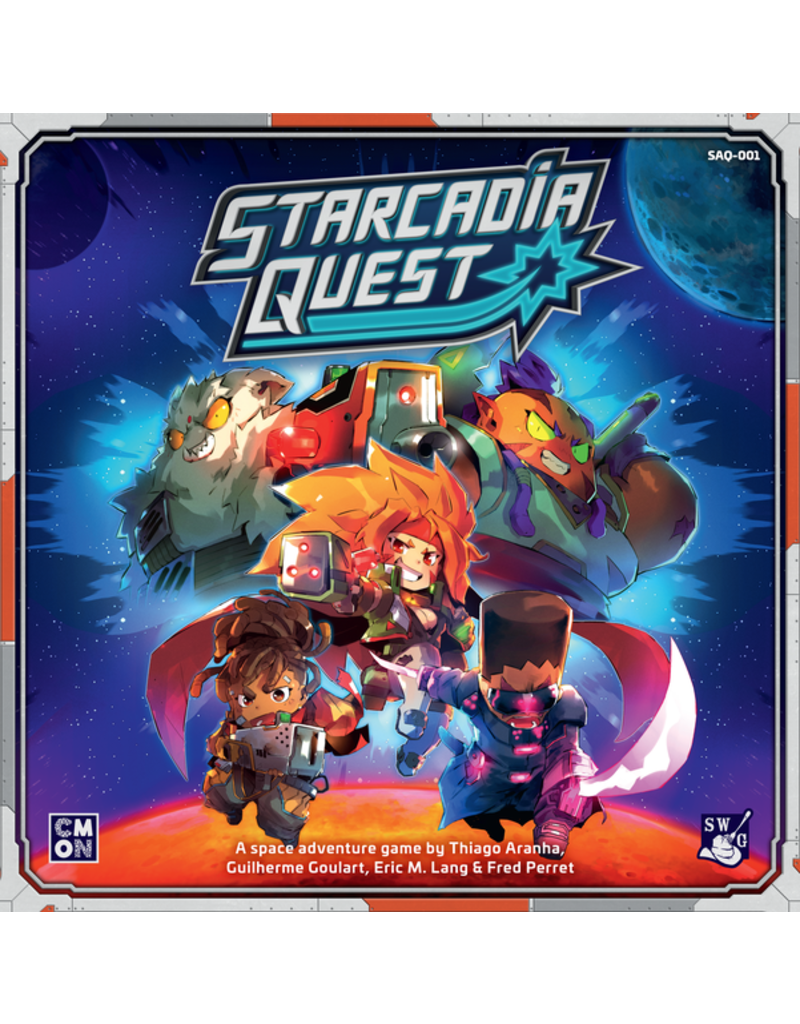 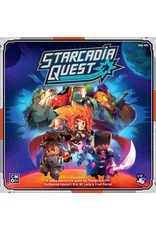 Starcadia Quest is an action-packed board game where 2 to 4 players control Crews of Heroes in a sci-fi campaign to defeat the foes of the Starcadian Alliance. As alien monsters react to the heroes' actions, no one is stuck playing the role of game master. But don't kid yourselves: the Crews are not working together at all! Only one intrepid Crew will be ultimately victorious, so players must battle each other as well as against monstrous enemies.

Set in the same colorful universe as the highly-acclaimed Arcadia Quest game series, Starcadia Quest is an all-new standalone entry that draws from the electrifying gameplay from its fantasy counterpart, optimizes the experience, and takes it to a universe where no Hero has gone before!

Add your review
0 stars based on 0 reviews
Starcadia Quest /