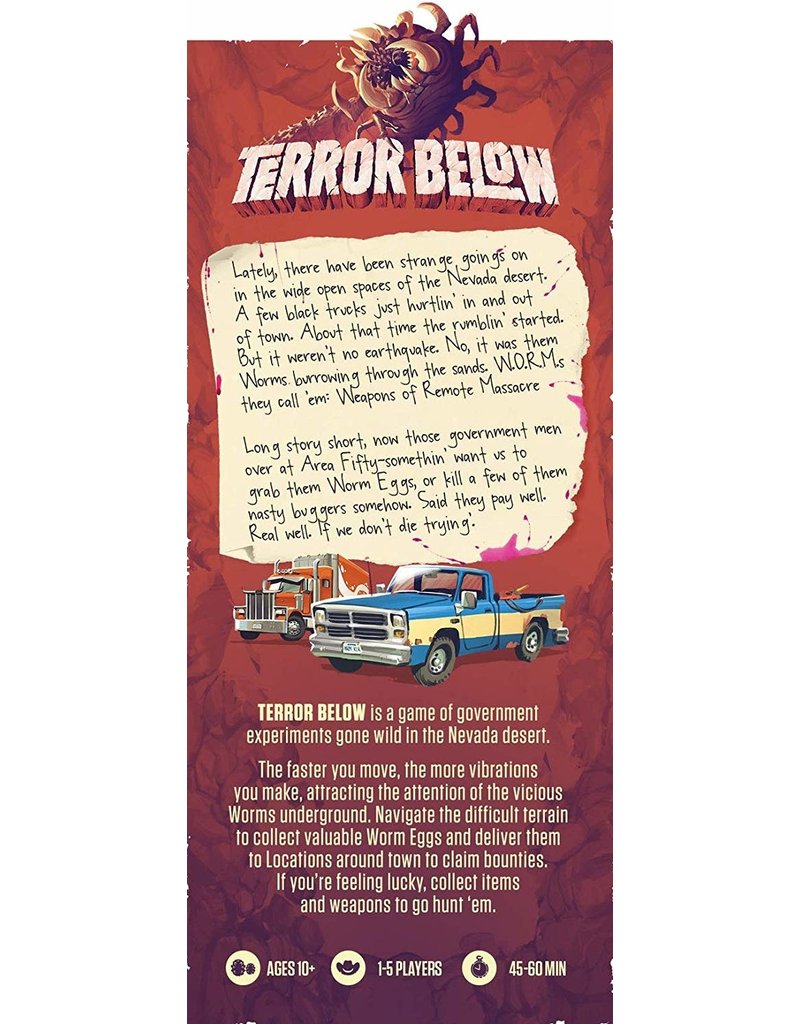 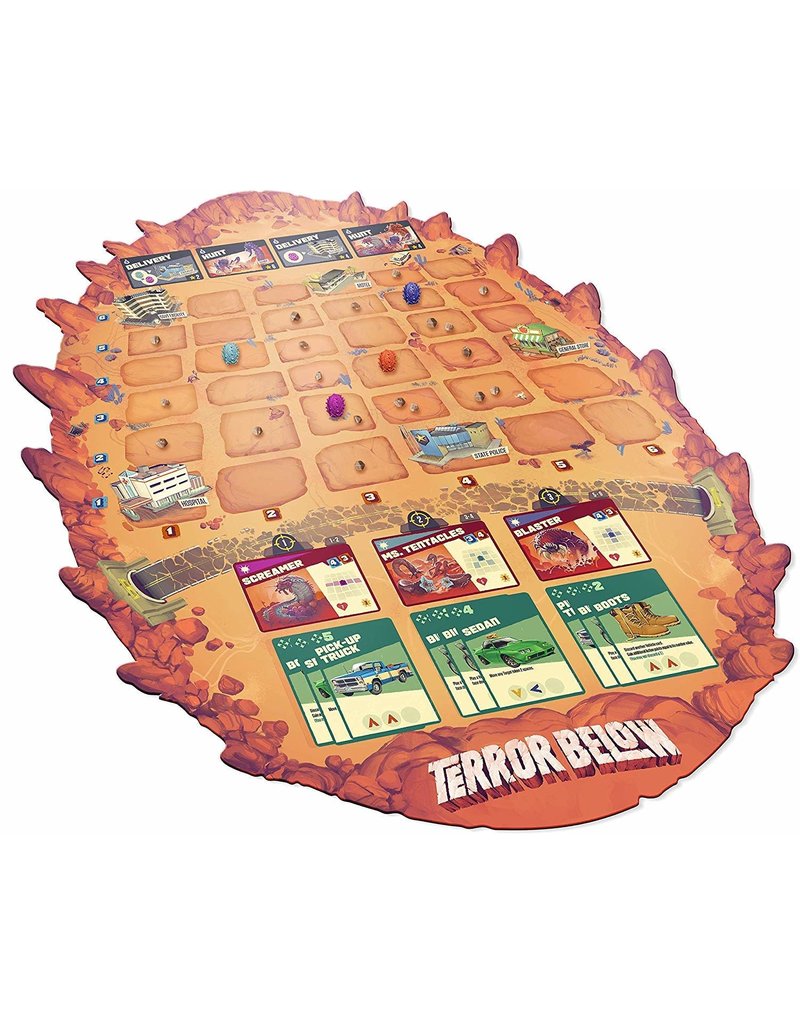 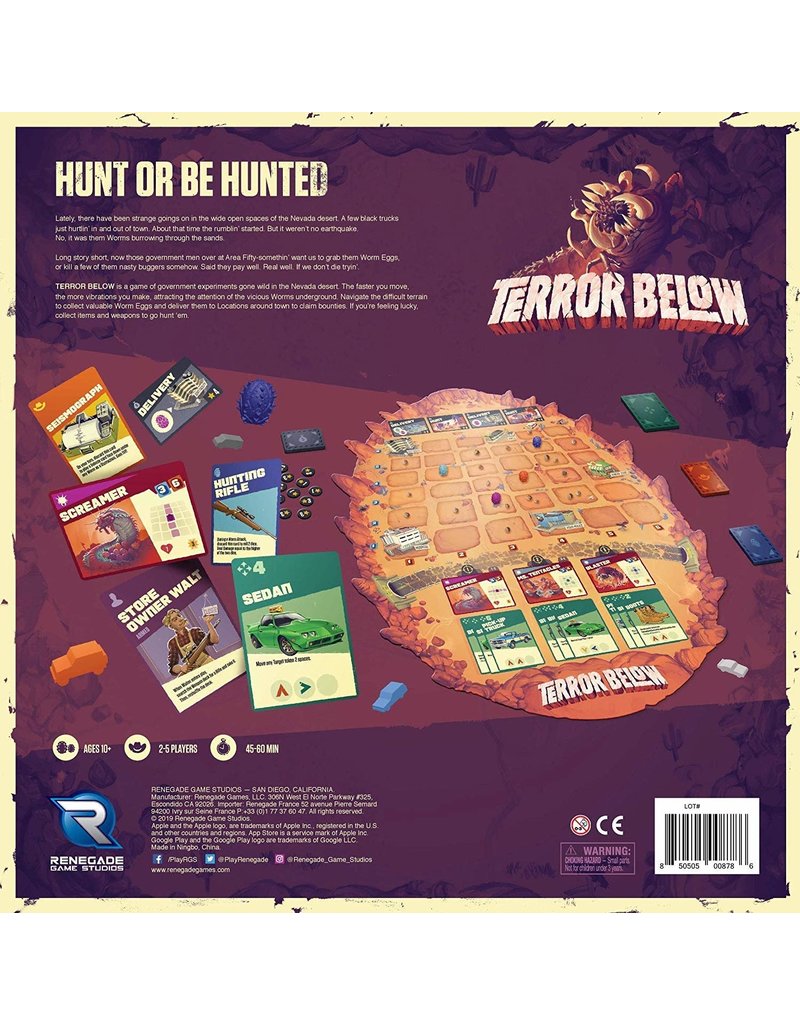 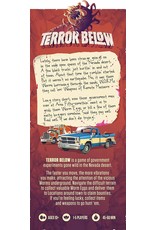 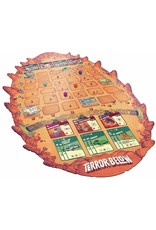 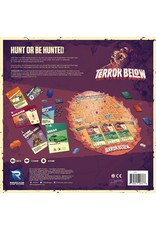 Terror Below is a game of government experiments gone wild in the Nevada desert. The faster you move, the more vibrations you make, attracting the attention of the vicious worms underground. Navigate the difficult terrain to collect valuable worm eggs and deliver them to locations around town to claim bounties. If you're feeling lucky, collect items and weapons to go hunt 'em.

The goal of Terror Below is to be the first player to score 20 victory points (VP) by collecting worm eggs and delivering them to locations around town — or alternatively, by hunting down and killing those vicious worms.

During the game, your squad of unlikely heroes will visit locations around the small desert town to find bounties, scavenge for weapons, and try to survive as you distract the worms. Eventually, those worms will attack. If you are in their path of destruction, you better be prepared for a fight!

This is a Kickstarter Exclusive: