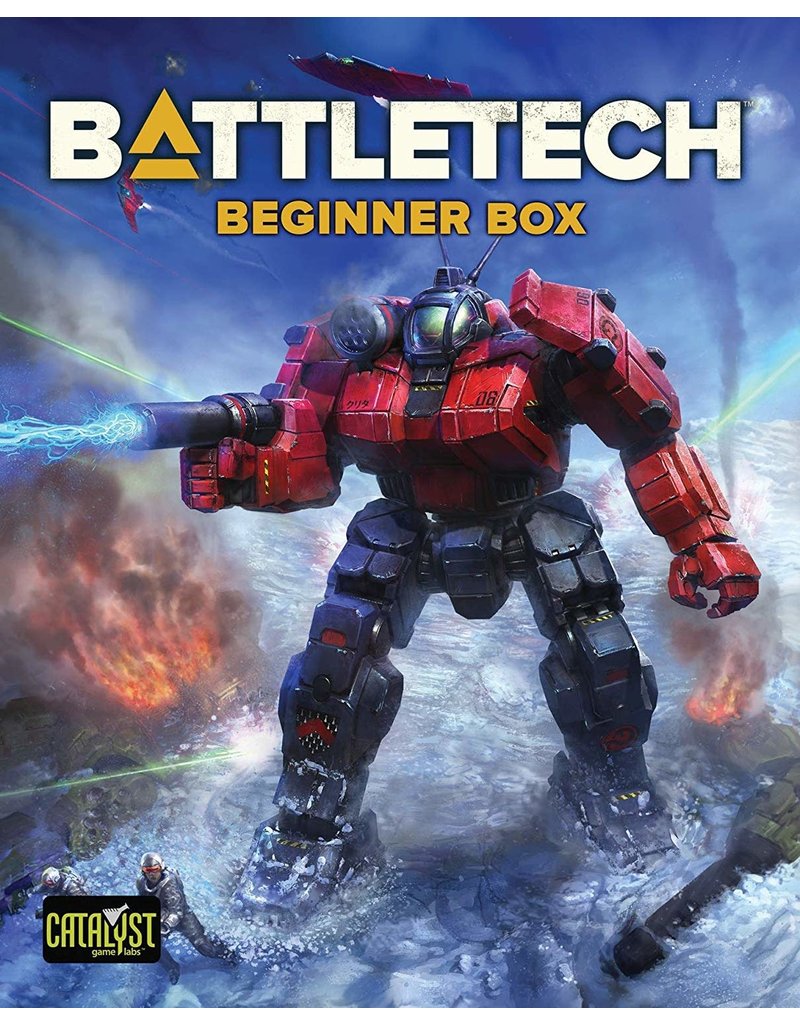 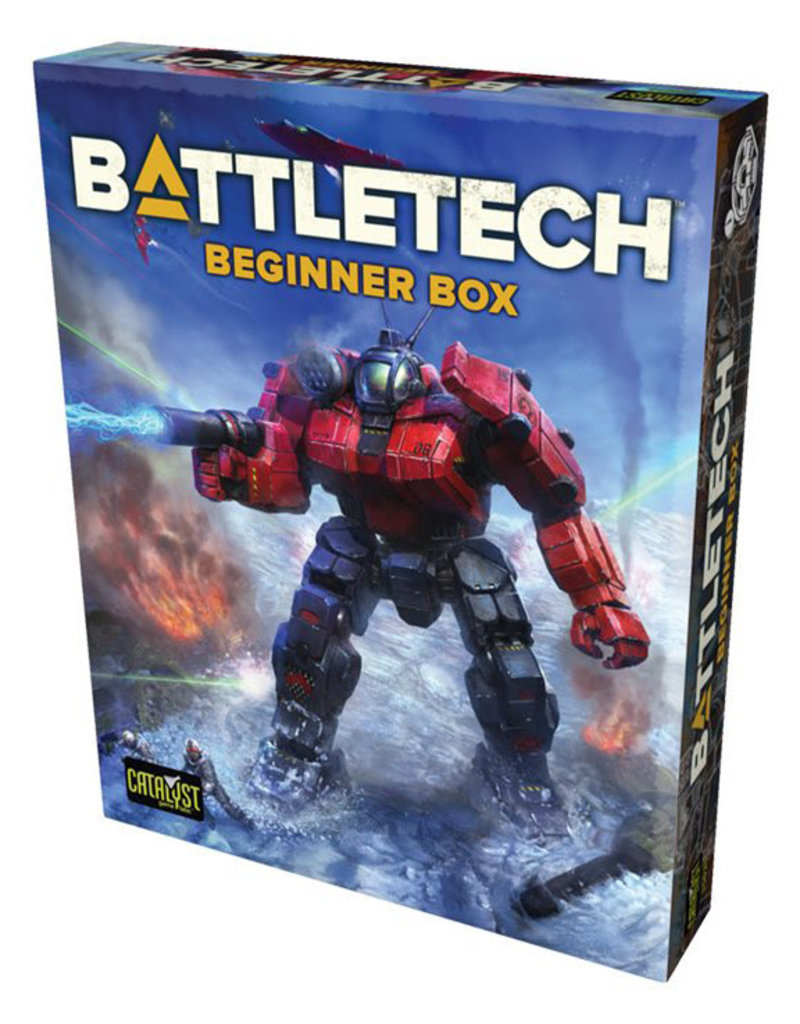 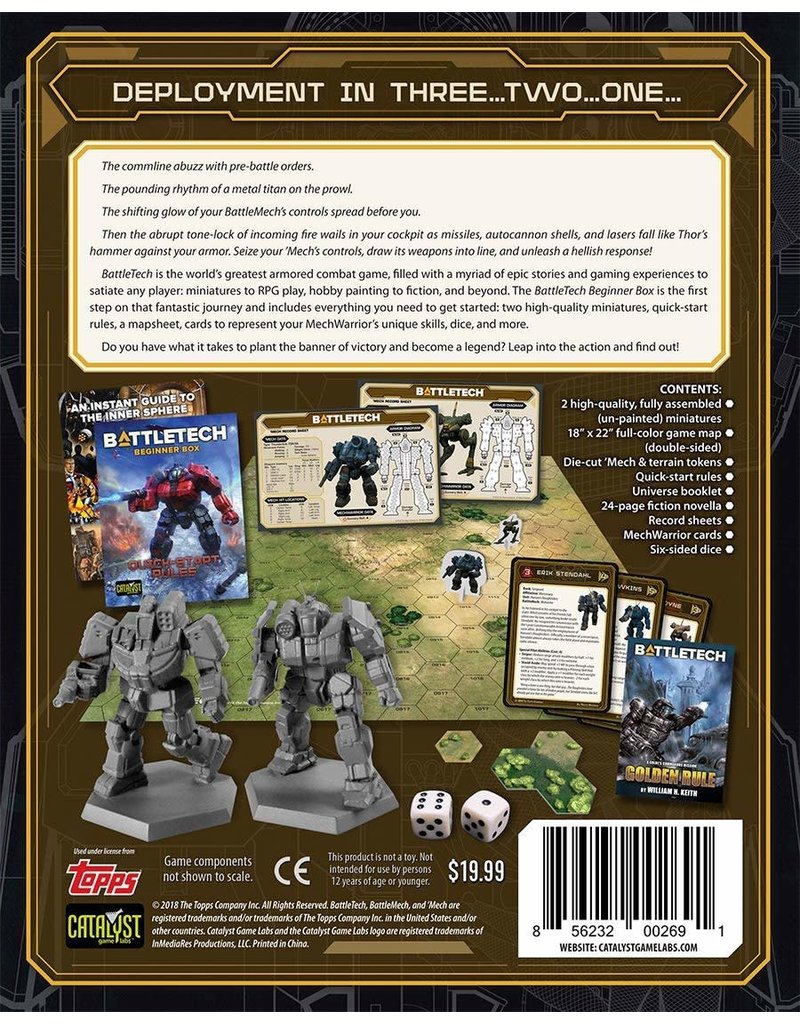 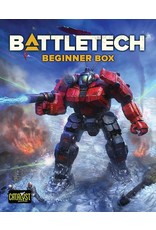 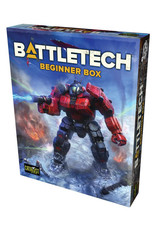 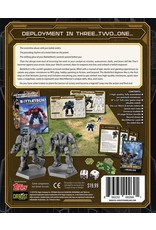 In this introduction to the BattleTech game and universe, players each take control of one giant walking war machine (a BattleMech, aka 'Mech) and battle until one is destroyed or until the scenario objectives being played are completed.

In 2019 the old BattleTech Introductory Box Set was replaced by two all-new box sets. The first of these is the Beginner Box. More affordable than the old box, it comes with two 'Mech miniatures (made to a higher quality level than the previous generation of box set miniatures) and special simplified "Quick-Start Rules" for 'Mech combat designed to teach the game quickly to newcomers. The intended follow-on box from this is the "A Game of Armored Combat" (2019) box.

BattleTech is the world’s greatest armored combat game, filled with a myriad of epic stories and gaming experiences to satiate any player: miniatures to RPG play, hobby painting to fiction, and beyond. The BattleTech Beginner Box is the first step on that fantastic journey and includes everything you need to get started: two high-quality miniatures, quick-start rules, a mapsheet, cards to represent your MechWarrior’s unique skills, dice, and more. 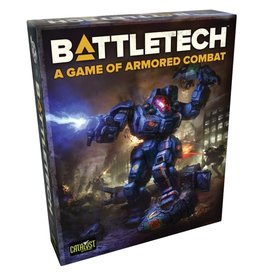 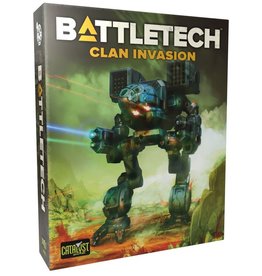