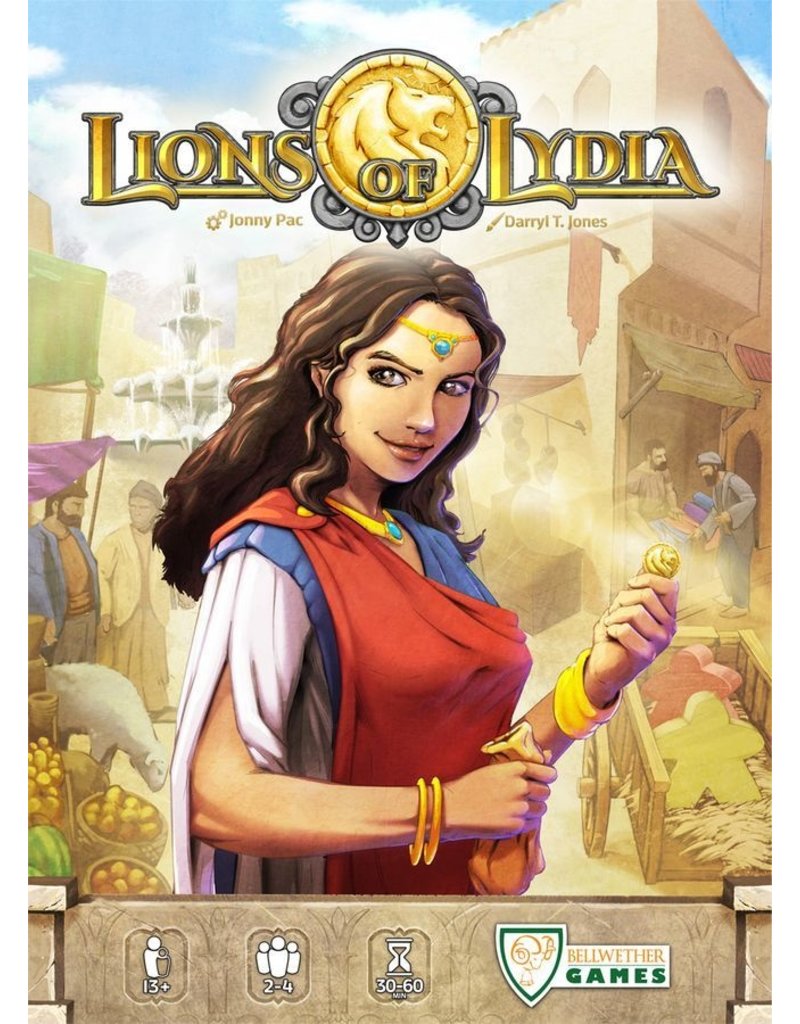 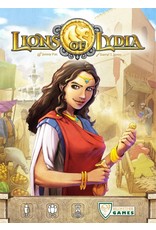 Your options are to Add to Wishlist or Pre Order

The ancient world is changing. King Croesus of the historic kingdom of Lydia has minted the world's first coin from the legendary gold and silver of the river Pactolus. Traditional bartering and trading will soon be supplanted by currency as the dominant form of exchange throughout civilization.

Lions of Lydia is a bag-management and engine-building game about the dawn of currency in the ancient world. As a wealthy aristocrat at the turn of the era, you will hire merchants to barter at the city gates for goods you can use to grow your landholdings. When Lydian merchants arrive from the capital, you will gain access to the versatile Lydian Lion coins they bear, which are needed to establish valuable retail property for the first time in history.

To achieve victory, you must effectively manage the merchants you hire, keeping the best assortment in your bag, while leveraging the unique abilities of each when it is drawn. Traditional merchants will help you specialize in basic resources, but if you fail to convert your surplus into bullion, you may not be able to buy the most useful properties in the city. Lydian merchants, in contrast, are especially suited to help you transition to the new monetary system.

Will you be able to maintain the right balance of merchants to maximize your goals every turn? Will you gain the most valuable and prestigious properties before your rivals? Future generations may hear of your economic triumph or defeat. After a significant number of properties have been purchased and developed, the game will end, and a winner will be declared!